So I recently watched Nightcrawler on Netflix. I’ve been wanting to see this movie since it came out last year so I was happy to see it added to Netflix this month. Now that I’ve seen it, I don’t even know where to begin in talking about it. I guess I’ll start off by saying whether I liked it or not since there will be spoilers later on. I did enjoy the movie, and I would recommend it. It was well acted, with an especially great performance by Jake Gyllenhaal. It was a great thriller that kept me on the edge of my seat. If you have any interest in watching this movie, you should stop reading here and go watch it first. I can’t say much more without getting into spoilers.

END_OF_DOCUMENT_TOKEN_TO_BE_REPLACED

Seriously WTF? I’ve seen these commercials several times at this point and I still find them weird as hell. They took Colonel Sanders and turned him into a crazy person that’s obsessed with chicken. He’s got a really creepy air about him. I like KFC and I like Darrell Hammond but I feel this portrayal of The Colonel is something you’d see in an SNL skit and not as an official ad for the company. From what I’ve read online, I’m not the only person that doesn’t like these commercials. It seems that A LOT of people don’t like them. It’s like they’re mocking him instead of honoring him. And I don’t think the real Colonel Sanders would want to put chicken in the lemonade, that just sounds disgusting. I’m sure there are people out there that do like these ads and think they’re funny but I’m one of them. I just figured I’d write what I thought of them for the hell of it. They’ve actually played a few times while I was writing this. Well there’s my two cents on the matter and that’s all I got for now. See you next time!

The first part of episode two, “Leap Frogs” is quite controversial. It was pulled from rotation after only a few showings on Nickelodeon. I don’t even remember seeing this episode as a kid, I’m pretty sure the first time I saw it was on my DVD set. The plot revolves around Mrs. Bighead and her stale and sexless (heavily implied) marriage. As the Bigheads get ready for bed, Bev is watching a romance movie, wishing for what the characters have.  END_OF_DOCUMENT_TOKEN_TO_BE_REPLACED

So here we go with the first episode of Rocko’s Modern Life. I’m not starting with the pilot but I will cover it later. Since each episode is split into two shorts, I’ll split the review into sections for each of them. 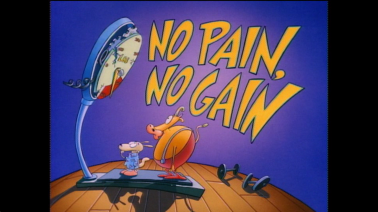 END_OF_DOCUMENT_TOKEN_TO_BE_REPLACED

So it’s been some time since my last post. For anyone who reads my blog, apologies for disappearing randomly. I had six straight days of work that sucked the life out of me. I don’t seem to have the greatest luck with finding time to post things. But during the time since the last post I came up with a fun project that I should be able to work on regularly (if I keep telling myself that I’ll post regularly maybe it will come true lol). I’ll get into that in a bit but for now let’s actually get to the point of my title.  END_OF_DOCUMENT_TOKEN_TO_BE_REPLACED

END_OF_DOCUMENT_TOKEN_TO_BE_REPLACED

What’s in the void